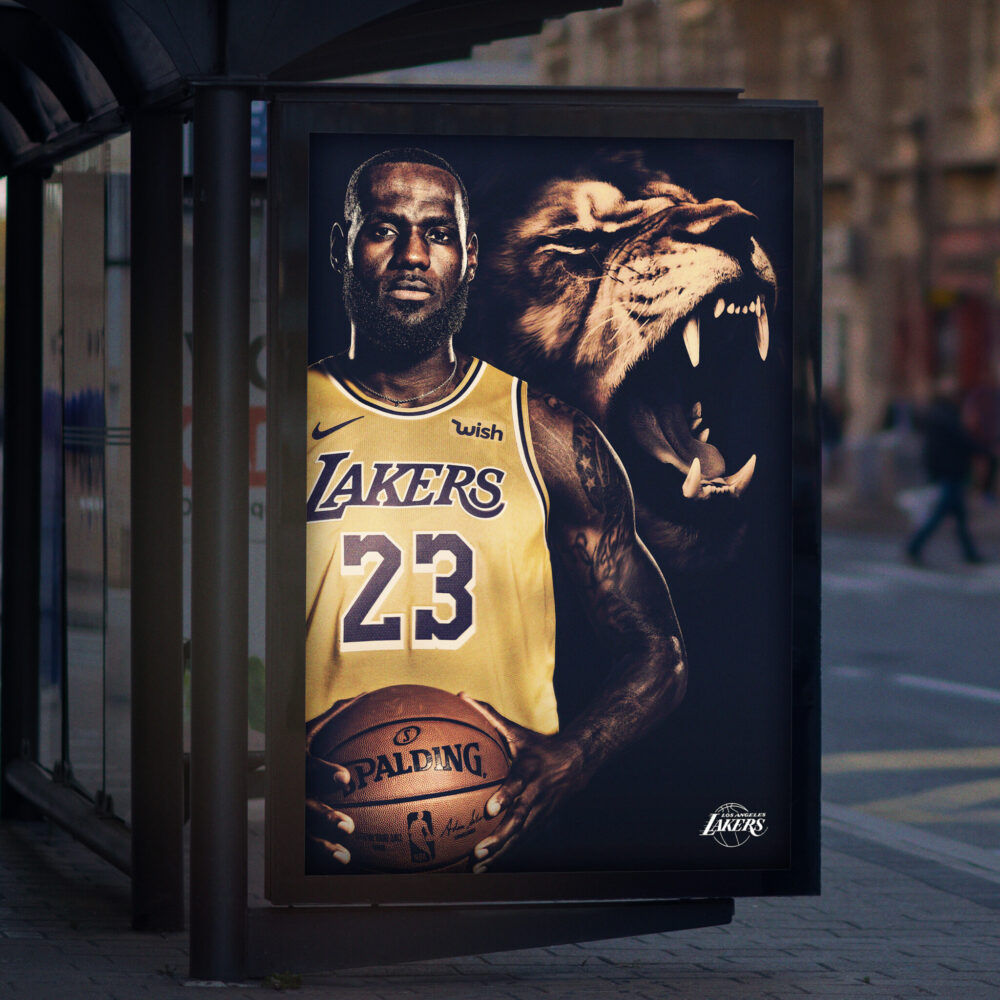 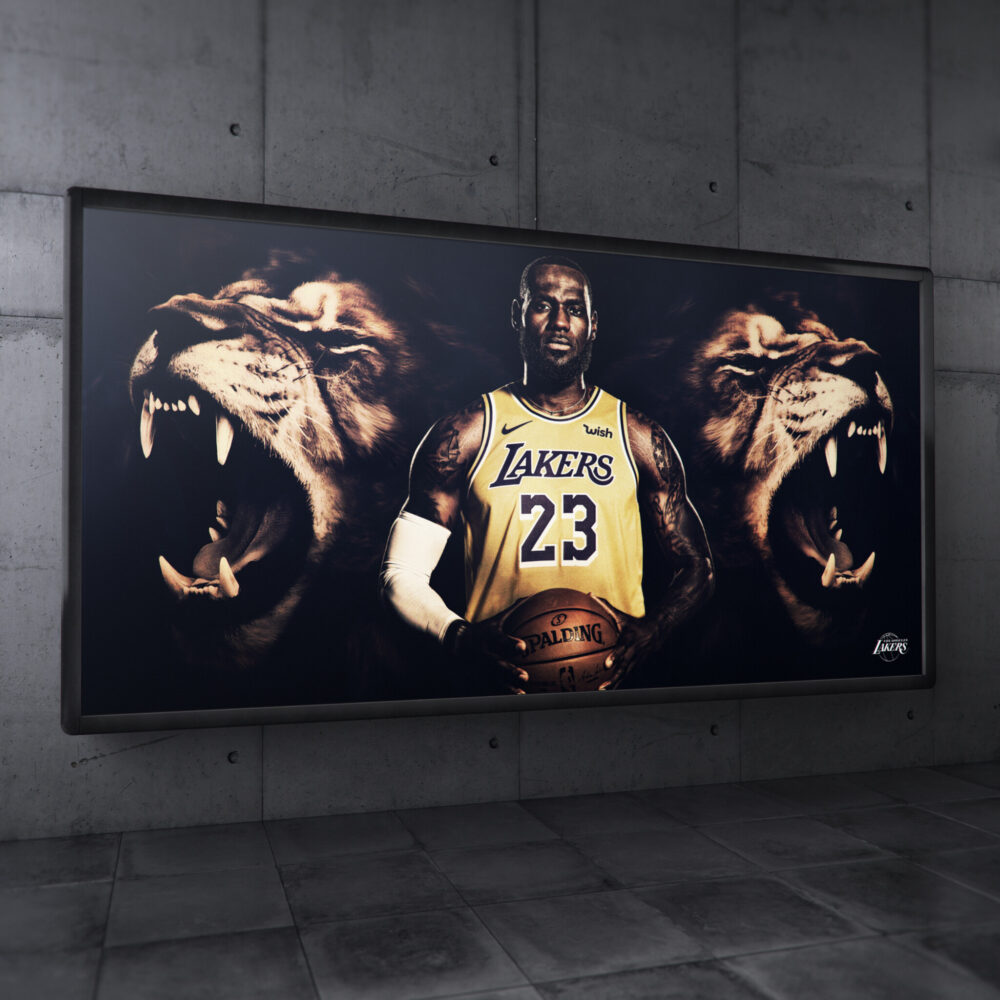 In the most anticipated move of the 2018 NBA offseason, LeBron James signed a four-year, $154 million deal with the Los Angeles Lakers.

After the announcement was made, I took on the challenge of coming up with a celebratory key art design to mark the biggest free agent acquisition the Lakers had in years — maybe ever.

Everyone calls Lebron James “King,” including himself. He is the king of the NBA and has been for over a decade.

A lot of artists depict him with a crown in their work, but I wanted to create something a little different and not so cliché.

I chose a lion – who like King James, is the apex predator in his habitat.

I took a photograph of the fiercest lion I could find and I pushed the contrast and then erased his face and body until the result was simple yet dynamic.

I added grit and texture to both the lion and LeBron and then painted lights and shadows until I felt there was a perfect dramatic balance.